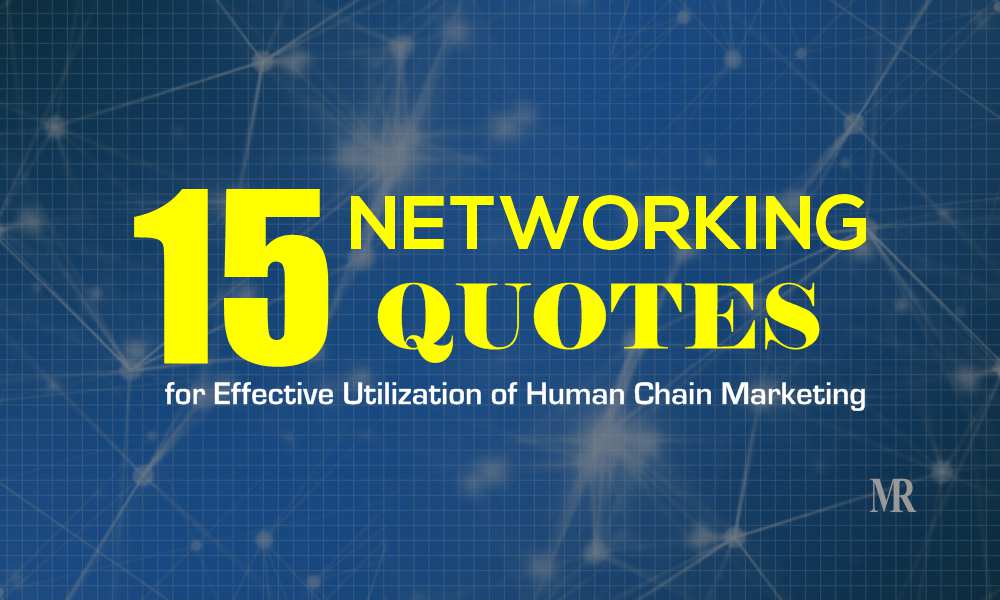 A professional network can work wonders for your business or career success. When it’s done right, networking will give you a competitive edge throughout every stage of your life. That’s why networking is important to your success, and it is important to improve your networking skills throughout the course. In fact, look around for a while when you’re out in public, you’ll see that networking opportunities are all around you every day. So, start meeting people for real, interact and create something new and these networking quotes will keep encouraging you to engage people professionally and personally.

Trust is the most important thing in creating a network. Without trust, it will be a baseless building that can collapse at any time.

“The currency of real networking is not greed but generosity.”

For the better health of the business meet people that matter, in fact, prioritizes it.

“Networking is a lot like nutrition and fitness: we know what to do, the hard part is making it a top priority.”

Networking takes time to evolve and yield positive results. The time you at it find the correct direction and people to share the ideas that can be mutually beneficial.

“Networking is an investment in your business. It takes time and when done correctly can yield great results for years to come.”

Correct networking allows the business to grow and prosper; it is an asset if people can utilize it properly.

“Your network is your net worth.”

There is an old saying that ‘Rome was not built in a day.’ It was the networking that got it where it was. So, help people achieve their dreams in response they will reciprocate in the same manner.

“You can have everything in life you want if you will help enough other people get what they want.”

The networking is like having an extra pair of eyes and ears in the market. The information is consumed as it is dissimilated makes it for better decision making.

“Instead of better glasses, your network gives you better eyes.”

Networking makes it easy to market the uniqueness of a product with a quick time effortlessly.

“Networking is marketing. Marketing yourself, your uniqueness, what you stand for.”

Networking means people and creating a group where everyone is working towards a common goal is not an easy job.

“Pulling a good network together takes effort, sincerity and time.”

It is about being humble and receptive to others’ opinions and suggestions. This creates harmony and makes people respect you without being authoritative.

The road to success goes through people. So, choose the right people for the right job.

“Know where you want to go and make sure the right people know about it.”

Ideas need a platform to fructify into a successful venture, networking provide that leveraged platform.

If you want to develop your business, then all the paths go through networking.

Irrespective of personal and professional affinity create a long-lasting relationship that can make life worthwhile.

“It’s important to build a strong network, both in your professional and personal life.”

Wealth creation is an essential part of the business, to increase wealth makes your network bigger and stronger.

“Networking is an essential part of building wealth.”

Every individual in a network is important. Maintain a cordial environment and do not make them feel like a number.

“My Golden rule for networking is simple: Don’t keep score.”