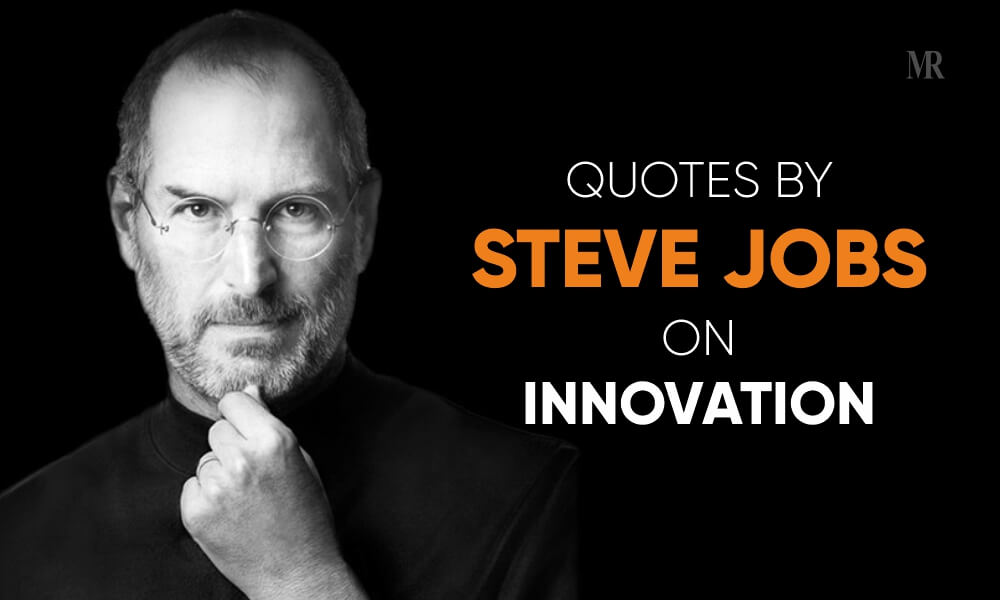 When someone asks about innovation, what’s that first thing comes in mind? Now, let’s Google it together, the term innovation is a noun and defined as “the action or process of innovating.” And if you look for further synonyms below the definition, you get renovation, variation, revolution and it goes on.

I believe we need an updated urban dictionary, where innovation should be defined by the name of Steve Jobs or maybe we can add a new synonym for that matter. His life was full of ups and downs but he never gave up, whether it’s innovation of new design for Apple products or motivating his employee to think beyond.

This is our small effort to pay tribute to his innovative thinking about the life. Here is a short timeline of his larger than life personality. Few of these quotes were said during an interview over the years.

The other unique thing, you will notice about these six quotes by Steve Jobs on innovation is a special event that occurred with Dell computer CEO Michael Dell, which highlights his competitive nature. 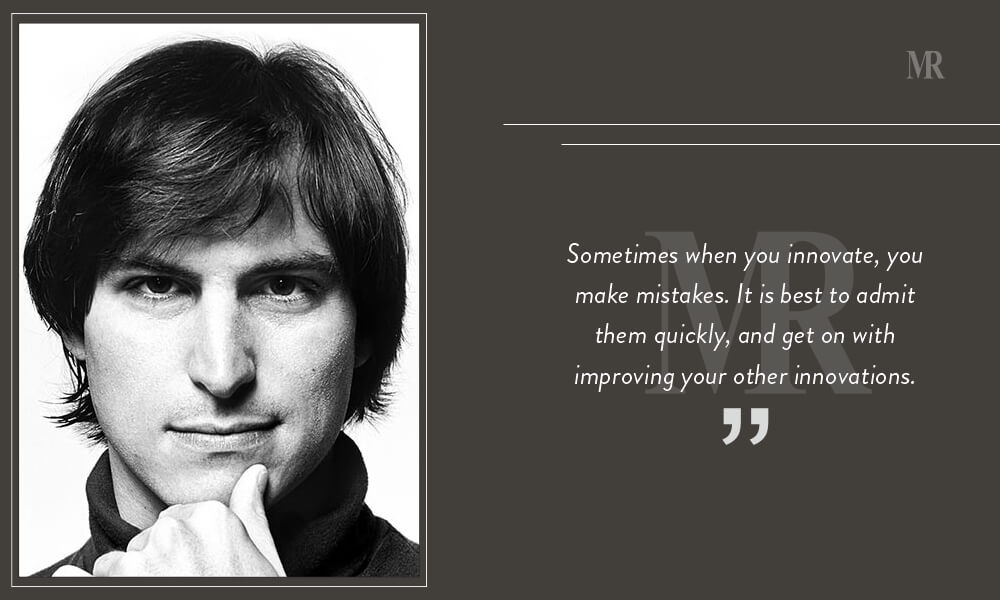 This interview of Steve Jobs with Playboy Magazine gives you a brief idea about his thinking in earlier days of Apple. The interview helps you to have a look inside his mind and personality. Below is the gist of that interview.

“Sometimes when you innovate, you make mistakes. It is best to admit them quickly, and get on with improving your other innovations.”

In a February 1995 Wired article, Job answered an interview question about the value of well-designed products by saying, 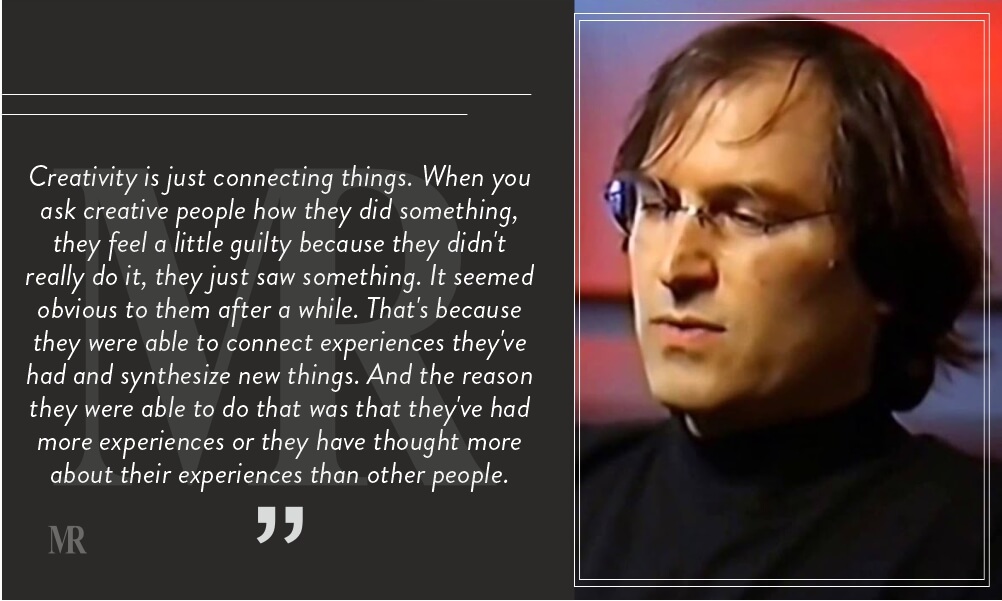 “Creativity is just connecting things. When you ask creative people how they did something, they feel a little guilty because they didn’t really do it, they just saw something. It seemed obvious to them after a while. That’s because they were able to connect experiences they’ve had and synthesize new things. And the reason they were able to do that was that they’ve had more experiences or they have thought more about their experiences than other people.”

In 1996, when he was asked by wired Magazine, the Macintosh computer set the tone for 10 years. Do you think the Web may be setting the tone today? 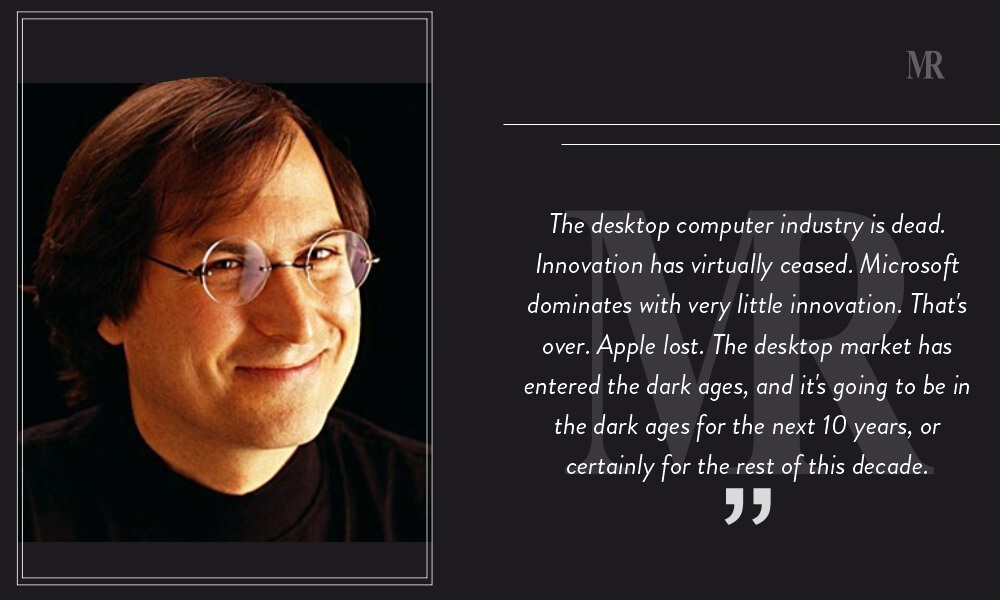 “The desktop computer industry is dead. Innovation has virtually ceased. Microsoft dominates with very little innovation. That’s over. Apple lost. The desktop market has entered the dark ages, and it’s going to be in the dark ages for the next 10 years, or certainly for the rest of this decade.”

On October 6, 1997, at a Gartner Symposium, when Dell was asked what he would do if he ran the then-troubled Apple Computer company, he said: “I’d shut it down and give the money back to the shareholders.” 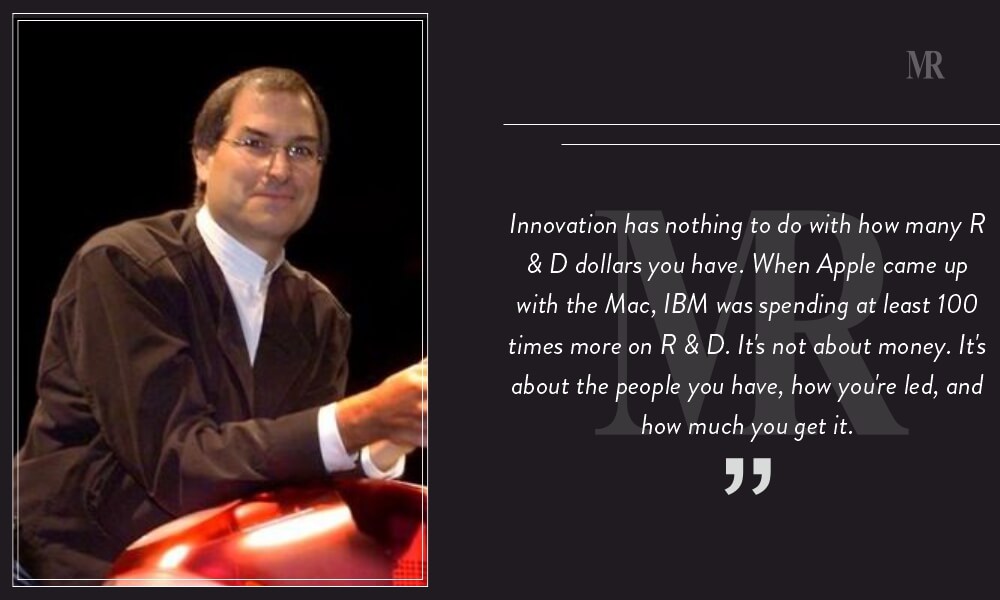 “Innovation has nothing to do with how many R & D dollars you have. When Apple came up with the Mac, IBM was spending at least 100 times more on R & D. It’s not about money. It’s about the people you have, how you’re led, and how much you get it.”

The Innovation Secrets of Steve Jobs, 2001 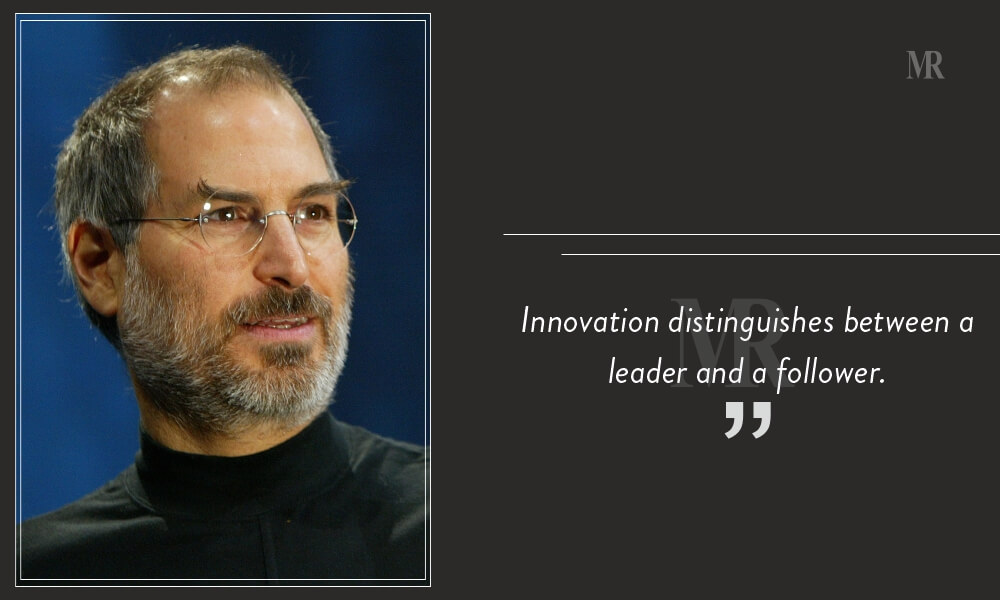 “Innovation distinguishes between a leader and a follower.” 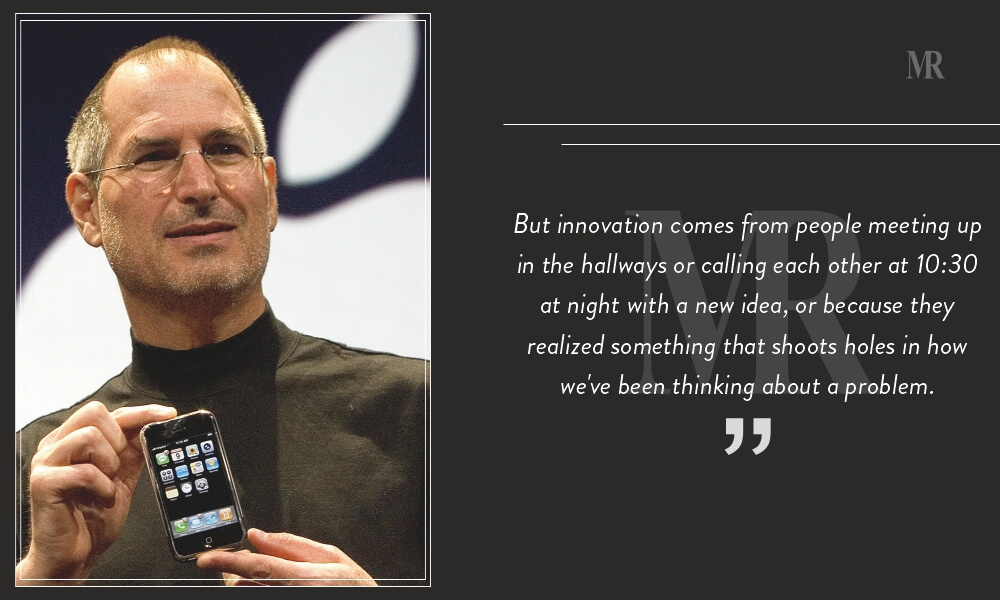 “But innovation comes from people meeting up in the hallways or calling each other at 10:30 at night with a new idea, or because they realized something that shoots holes in how we’ve been thinking about a problem.”

In 2006, Jobs sent an email to all employees when Apple’s market capitalization rose above Dell’s: Team, it turned out that Michael Dell wasn’t perfect at predicting the future. Based on today’s stock market close, Apple is worth more than Dell. Stocks go up and down, and things may be different tomorrow, but I thought it was worth a moment of reflection today. Steve.

I hope these Six Quotes by Steve Jobs on Innovation helps you to think beyond your limitations. This timeline gives you a brief idea about how eventful his life was. In his short span of life, he motivated all the budding innovators who wanted to excel in their respective fields.